The last month has been dominated by compost toilet builds. Two of them I have designed and built myself using timber from our sawmill and the third was largely the creation of Jim Symon, an excellent timber framer. This latter one was build using Oak and was in the grounds of a Norman church. I currently have no pictures of this one and will endeavour to return and snap some. 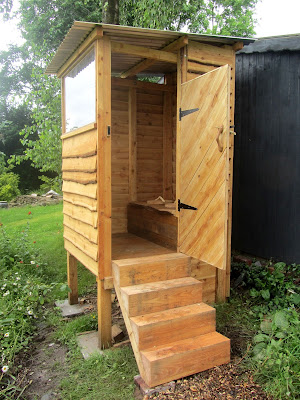 This toilet is a twin vault system, so it has two wooden chambers, each with a separate lid. Only one of these gets used at a time and when the chamber is full, the lid gets screwed down and it is left to compost for two years. Meanwhile the second chamber is being used.

Urine goes straight into the chamber with the faeces where it is absorbed and composted by added plenty of dry, carbon rich matter, in this case this is coarse sawdust. 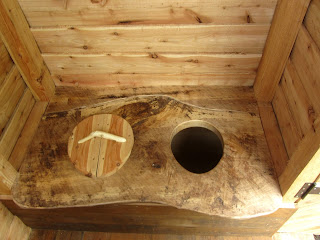 The structural timbers, cladding and steps are Larch from our sawmill. The floorboards and exterior of the door are reclaimed Larch tongue and groove. The interior of the door is our own flamed Beech, laid diagonally and the toilet seat is spalted Sycamore that I milled 3 years ago. 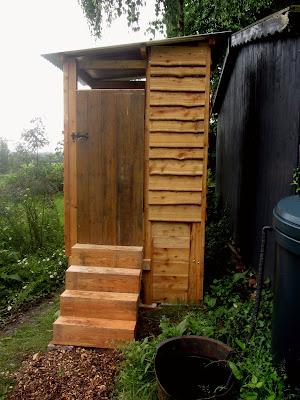 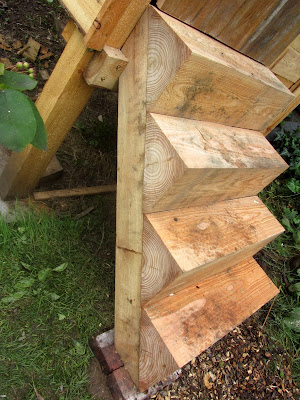 The steps were based on an Oak staircase that I saw in an old building at the Weald and Downland museum. The door handle with suffolk latch and bolt are hand carved from Elm and Ash.

The second toilet uses Larch throughout except for the seat which was from a large Ash tree that I milled after it fell during a landslide. This toilet uses wheely bins as it is for a glamping site which will produce an unknown amount of waste and therefore as many bins as necessary can be used. There is a urine separator which diverts it into a separate chamber. 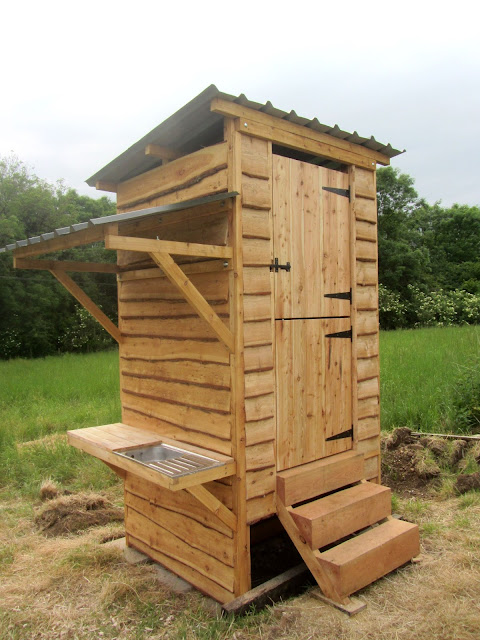 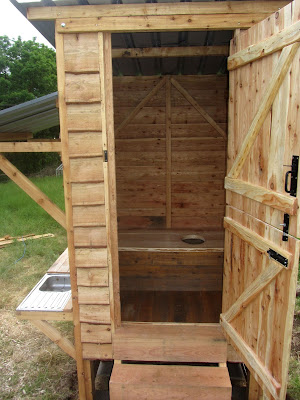 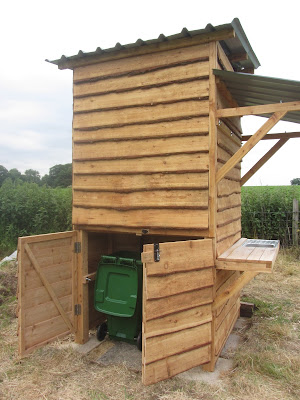 Posted by Pete Ditchfield at 15:05