Since attending a course run by my friend Andrew Kirby, I have become addicted to making Ash splint baskets. This style of basketry has been imported from North America, where it has a long history of use by native American peoples, and was later adopted by the Shakers.

The process involves pounding a log of fresh wet Ash (Black Ash in the states) with blacksmithing hammers, until the growth rings separate. After cleaning up, cutting into uniform strips and further riving of these strips, they can then be woven into beautiful, functional baskets.

When Kirby first started making Ash splint baskets, I asked if he would make me a baseball cap out of the material. This never materialised (I wouldn't have been able to afford it anyway!), but now that I am making them myself, I thought I'd have a crack at it. 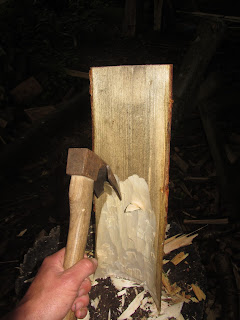 After puzzling, without success, over how to weave the peak, I decided to carve it from Lime wood (Tilia Cordata), and then bind it to the hat.

I used an adze and then gouge to hollow the piece of lime, using the outer surface of the log as the top of the peak and taking it down to a couple of growth rings thick. The end result is probably rather weak, but once bound to the hat it should be plenty strong enough.

This was my first attempt at making a round 'bottomed' basket, rather than square to round, and because of this I found it hard to control the size and keep it fitting my head. So I have actually ended up with a hat that is far to small for me (and probably most children), but I am still pleased that I have fulfilled this silly idea I had, and am pretty happy with the result. 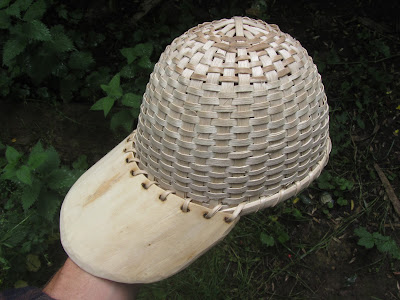 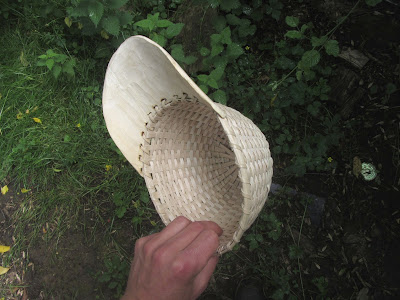 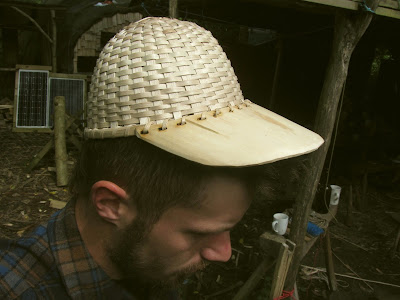 And here are a few of the non-hat baskets that I have made. 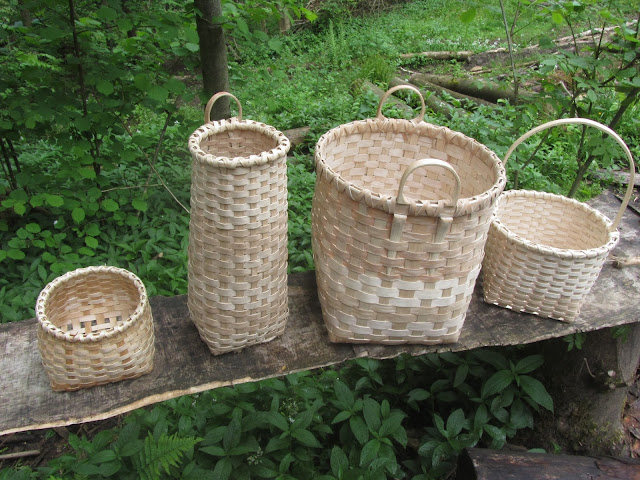 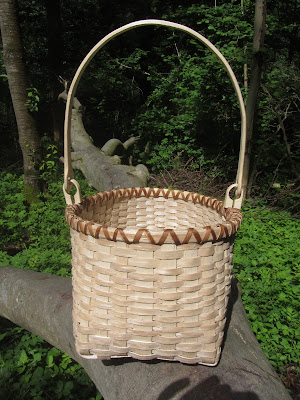 Posted by Pete Ditchfield at 04:42