The felling of an old giant 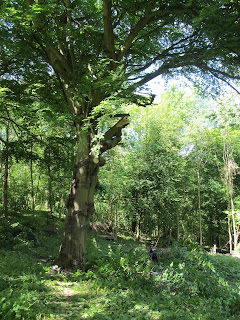 Yesterday was a big day in the woods. The big old veteran Beech tree which has been a beautiful, wizened companion for me since moving to the woods was felled. The tree had contracted Phytophthora Plurivora, and since the site sees a heavy footfall due to the forest school, the Forestry Commission had advised felling in order to make it safe.

Piers Clifford who runs Fireside Forest School organised a bit of an event in order to honour the loss of this beautiful lifeform.

It turned out to be a lovely day with sunshine, fry ups, children playing and the excitement of limbs dropping and the magnificent final crash and woosh of the giant falling. 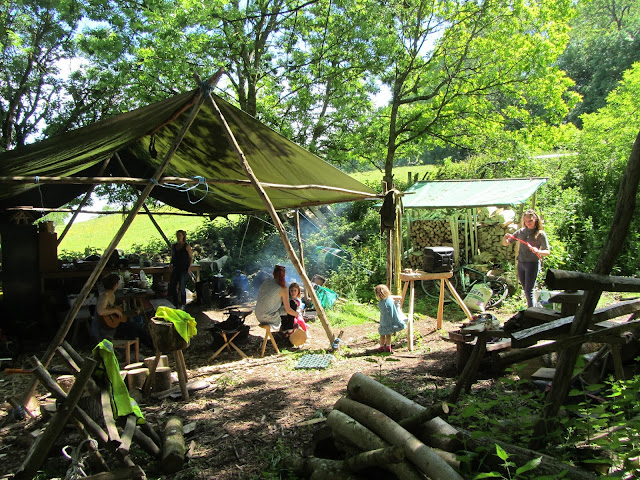 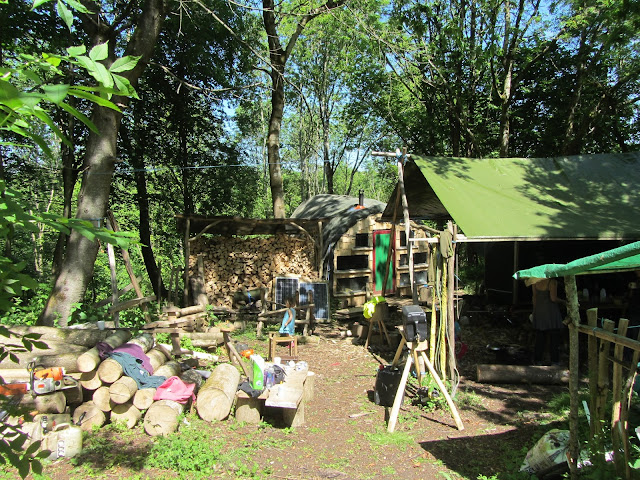 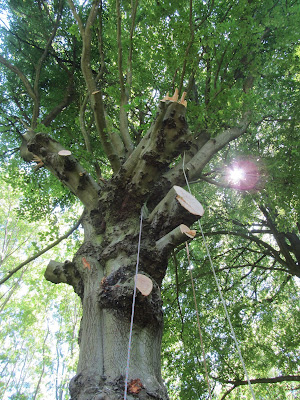 I was too ill to play much of a part in the cutting and clear up. That was left in the kind and professional hands of Mani the tree surgeon, helped by Piers on the ground. I had the honour of operating the winch to pull the tree over after Mani had sawn in the felling cuts. He left a large hinge, because it was impossible to know how much sound wood remained within the trunk, so quite a lot of winching was required.

The winch point was directly in line with the direction of fall so I had an incredible view of the giant falling towards me, followed by a terrific gust of wind. 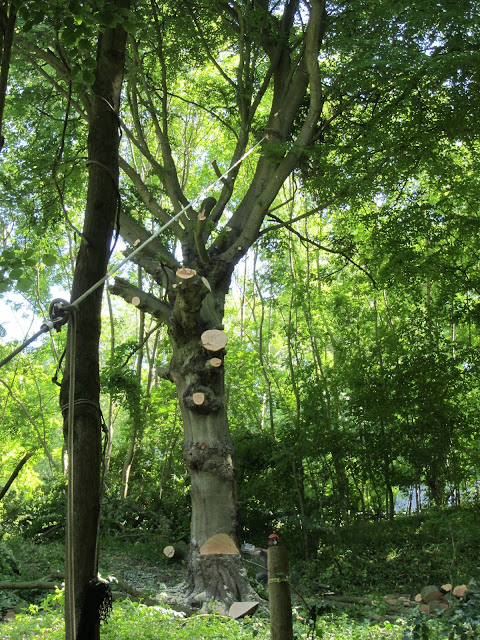 For the moment the horizontal tree will remain as a wonderful climbing frame for the forest school (and myself) and as a memorial to itself. There is now a huge hole in the canopy which will let much new life flourish. 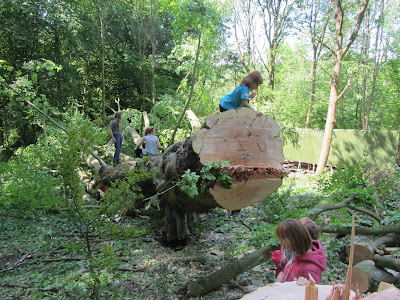 Posted by Pete Ditchfield at 07:39